On their quest for creative adventure, the 4th Grade team of designers and engineers has taken off.  For the last few sessions their task has been to design a new invention capable of taking a student from home, to school and back - in a new and innovative way. In the design process, this step is known as ASK. The only caveats are: The invention has to be able to  travel at least 25 mph, be safe, use new technology, and be visible (shown in the student’s sketches).

"You travel to school and back in your mind" was an original suggestion from a student - but it is simply impossible to sketch in five views and could not be considered.

4th Grade designers and engineers learned how to brainstorm a new product idea (the same way it is done at IDEO). In design process, this step is known as CREATE. The class brainstormed and ended up with an enormous wall over flowing with ideas, on Post It Notes, that included, but were not limited to:

- the scholastic school bus that runs on cloud power

Next, the class entered the next step of the design process which is to MODEL their idea(s). In this case, they set off to render their creations two dimensionally in five views: front, top, bottom, right end and left end - to build their design on a 3 dimensional box in scale. Considering most of the students had little drawing experience (exceptions noted below), this was quite an undertaking, but the students jumped into this task headlong.

I use this early exercise to help bring out creativity in students - and from a technical side, I strive to help them understand how their idea will look from every angle - as a prelude to: concept rendering, drafting, and eventual 3D computer modeling - which we will do later in the year.
I'm sure you'll agree, the invention ideas are truly out of this world - and truly wonderful! (zoom in for details) 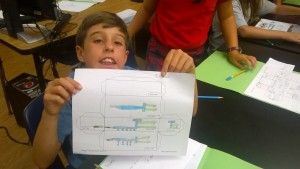 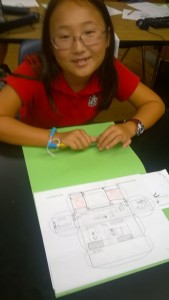 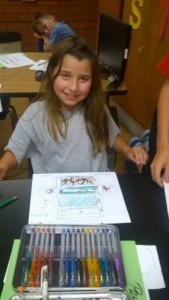 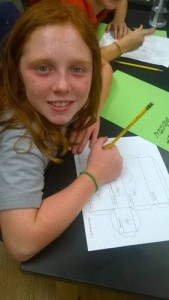 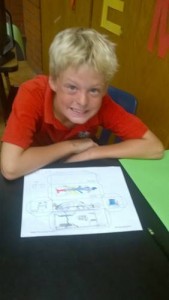 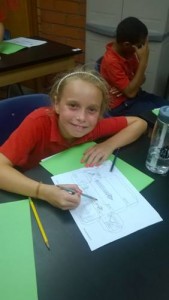 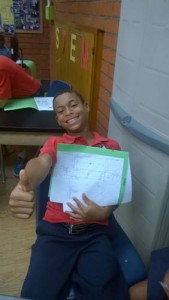 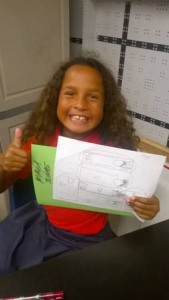 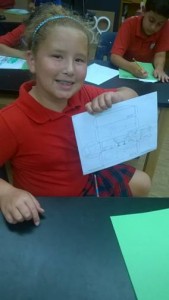 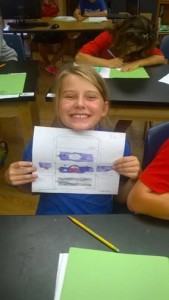 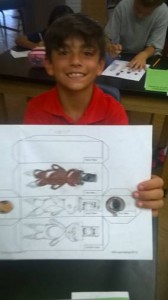 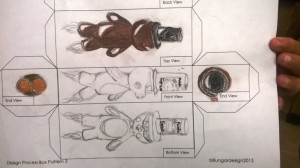 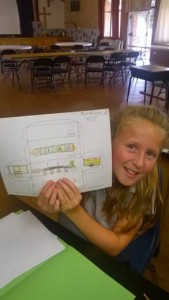 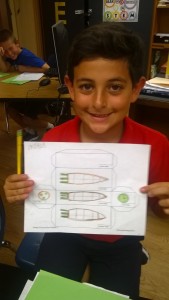 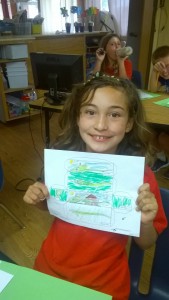 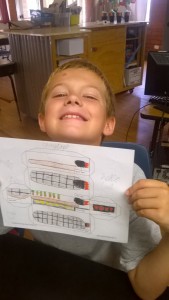 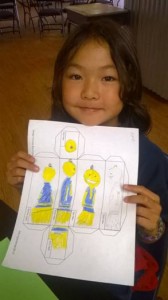 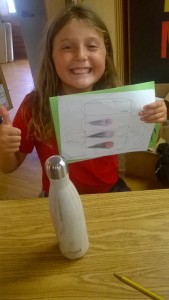 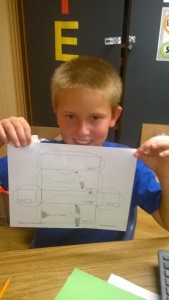 Fourth Grade STEM students are currently studying ENERGY and COLLISIONS and have just completed a design exercise building and testing a VEHICLE RESTRAINT SYSTEM. The driver (and test subject) for their vehicle was none other than "Eggbert" the egg.

Each student was provided a test vehicle consisting of only a flat chassis and four wheels. They were provided a collection of materials (the only materials allowed to be used) to build the following three key features:

They were also provided a plastic "crash test dummy" (Easter Egg), for which they would test their system for basic function, and then a real egg (in a baggy) for final testing.

The test "track" for the exercise is the time tested EGGBERT'S TEST RAMP, a 40 degree incline approximately 5 feet long. Students were responsible for testing the time for their car to descend the ramp, realizing that the critical factor was maximizing the time from when the car stops to when the egg (driver) stops. 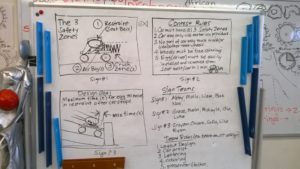 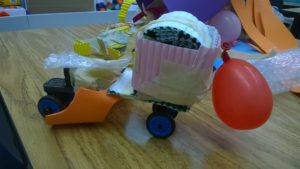 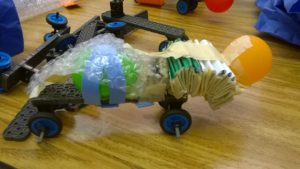 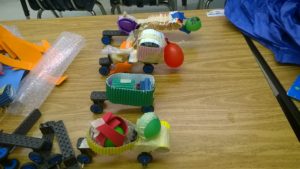 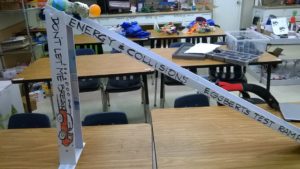 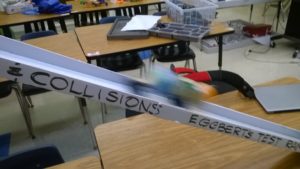