The Maker Space 2nd and 3rd Grade team of designers and engineers had quite a creative day today, Thursday September 17. After beginning their new projects last week, the Maker Space crew got to work in earnest today. Their task, to complete a machine that would transport a glass marble from the upper left corner of a wall, to the lower left corner - using at least three different mechanical elements made from recycled materials.

Maker Space is quite different from the STEM classroom or any other classroom. Maker Space is kid led / kid driven. The instructor's role is that of a facilitator or coach. The instructor only intervenes when asked, or when absolutely necessary. Once the problem or task and materials are introduced - it's up to the students to complete the task as they see fit. The designers and engineers chose to speak in English accents today, while they tinkered, created, and dreamed.

The problem solving and critical thinking was at a fever pitch, as the designers and engineers created tubes, ramps, rollers, channels, and chutes to move their marbles downward. If the marble rolled off, each devised a means (on their own) to get it back on track. The creativity abounded, as the 2nd and 3rd Graders added imaginative features and details to their runs:

i.e. a straw that could be used to dislodge jammed marbles - then mounted in the run when not in use;  A box mounted at the bottom of the run, to catch the marble - and store it for future use; Setting up the run on the chalk tray of a white board - adding the length of the chalk tray as a final element! 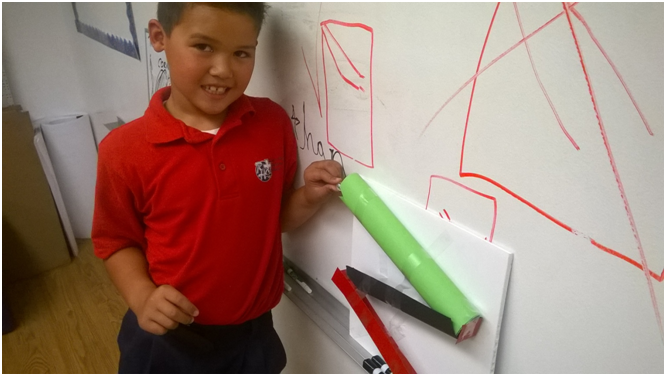 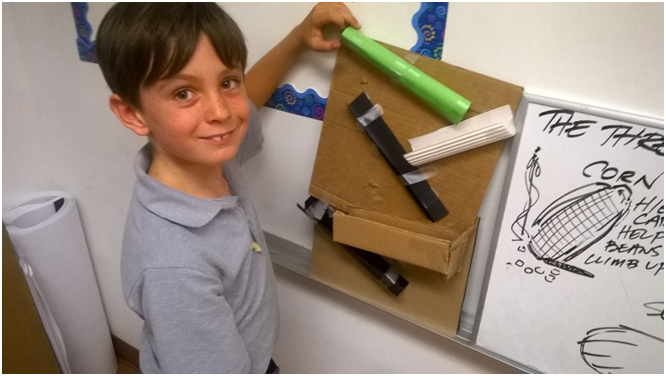 He demonstrates his five element marble run (which he made taller by lengthening the wall) that included a gold rush sluce box element! 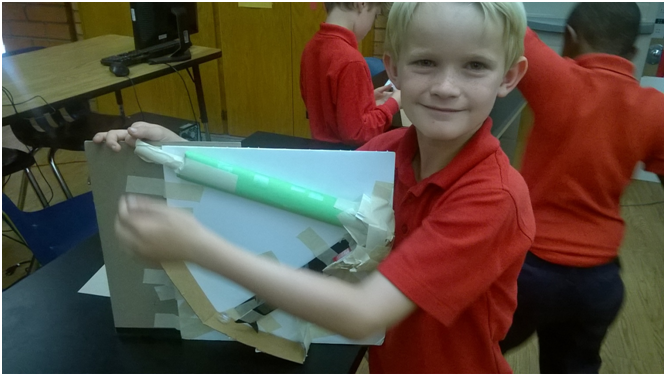 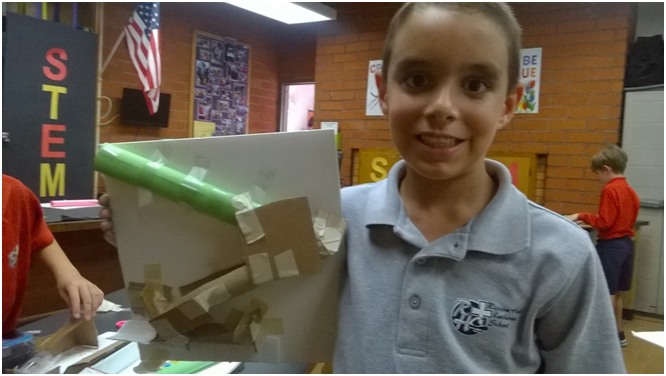 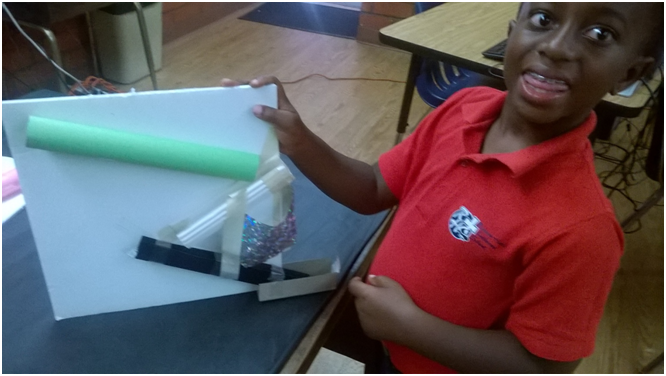 He  shows off his marble run, complete with storage box chamber and overlapping channel elements - that don't require stopper walls! 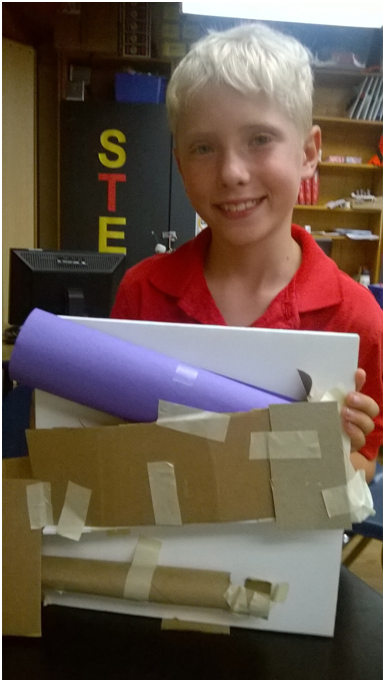 This student holds up his four element marble run, complete with mystery elements and extended drop element at lower left.