1st, 2nd, 3rd, and 4th grade Maker Spacers have completed their "Ultimate Marble Runs" -  two story constructions that take a marble from an altitude of nearly two feet, down to ground level. How the marble makes its way from top to bottom depends on the creativity of the designer/engineer!

I learned this project from Bob Bates, co-founder of Inner City Arts, an arts immersion program/facility in downtown Los Angeles on Skid Row sponsored by Disney, etc. I met with Bob in July, at his Creativity Lab - where he shared several of his creativity projects with me - including this one. 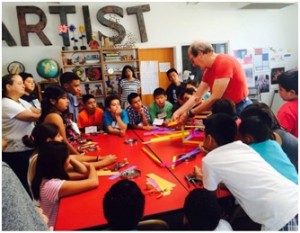 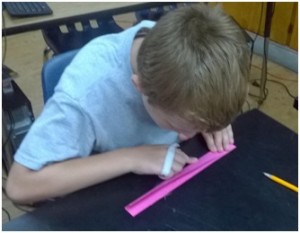 We started off with a lesson on beam construction, craftsmanship, - and the use of the "Porpoise", an industrial stapler that can fit into the tiniest of spaces. (A regular desk stapler won't work - we tried!). 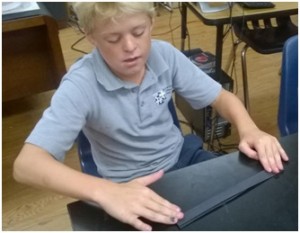 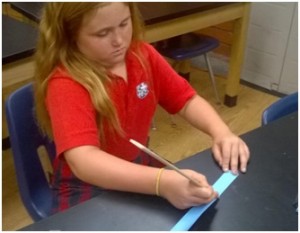 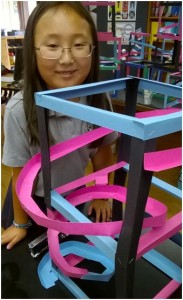 Stapling with the "Porpoise"

The designer/engineers learned how a linear beam gains strength through folding, and how craftsmanship is essential to ensure reliability. They made sure each beam was set at 90 degrees (square) to ensure stability. If a beam was installed at an incorrect angle - the stapler remover was employed!

Once the initial two story structure was completed, it was time for the creativity to begin. Construction and craftsmanship still played a role, but since those qualities had already been learned by the students - they were second nature.

Here's where students learned firsthand about centripetal force and how a marble (or any object) will move to the outside during its downward path (an object in motion remains in motion unless acted upon by another force - (Newton's first law of motion). 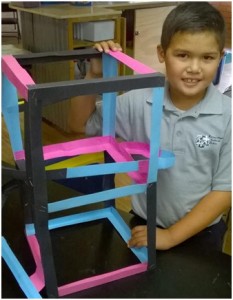 First to complete his marble run, this designer/engineer poses proudly with his creation! 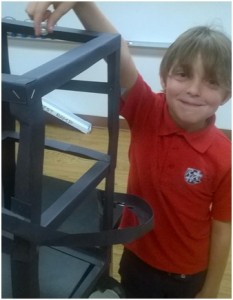 This designer/engineer created an all black "stealth" marble run, that ended with a conical catch cup! 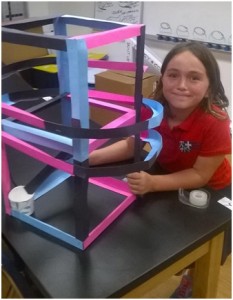 Another proud designer/engineer with a cup catch conclusion! 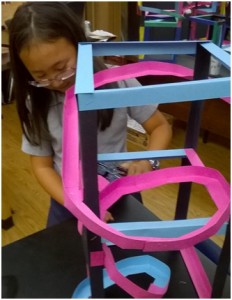 And finally another proud designer/engineer with the only run that spiraled all the way to the bottom in a continuous corkscrew configuration!