We're checking in again with our Middle School STEM team, as each transforms their mechanical hand to a prosthetic hand and arm unit. As you may recall, our last update culminated with each student completing their own mechanical hand (below). Each mechanical finger has two "tendons" (as do our real fingers), one for opening the hand, and one for closing it. 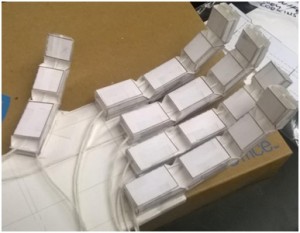 The students observed, that the paper mechanical hand opened somewhat automatically, as the fingers relaxed back to their former positions. This made it unnecessary to spring load the fingers to open. 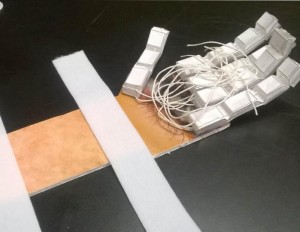 Next, several of the students mounted the mechanical fingers on prosthetic arm boards, each board engaging the arm in a different way. Some boards extended the entire arm length, others only extended to the mid arm or upper wrist. Velcro straps allowed the boards to be firmly mounted to the arm, while allowing them to be easily removed. 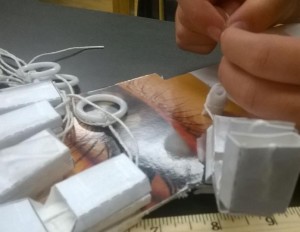 Next, the students suggested that the "closing" tendon strings could be pulled simultaneously - thereby closing the hand more easily than by using individual strings. But how to pull them at the same time? The students experimented with the idea of drawing the strings together - and with fastening each string with a finger ring, marionette style. 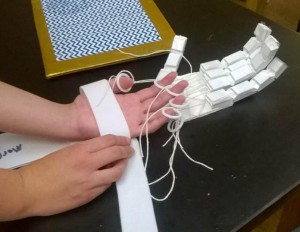 Some students mounted the Velcro straps over the palm and forearm, while others mounted the straps on the wrist and mid arm. It was then that students discovered that the thumb's movement is quite unlike that of the other four fingers. Trying to pull the thumb ring towards the wrist is quite unnatural. 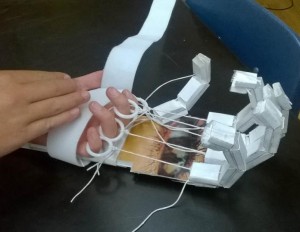 The solution was to pull the thumb ring, from the pointer finger, and to leave the thumb out of the equation. 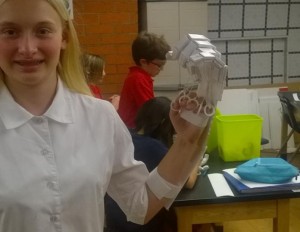 A prosthetic arm/hand prototype, prior to the thumb ring discovery. Obviously, a true prosthetic arm/hand cannot rely on working fingers to operate the tendons. Surgically attaching the string tendons to the student's own arm and wrist tendons was not an option, as was the triggering of tendon servo motors via nerve sensors 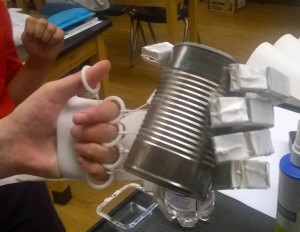 Middle School students have also invented their own  WATER PURIFICATION BOTTLE, made from recycled materials, with its own custom mouthpiece design.  The students learned how they could convert a discarded water bottle into a water purification system, by adding a variety of filter media (i.e. cotton balls) , and ACTIVATED CARBON.

The students started by creating a FILTRATION STRAW using a common turkey baster, cotton balls, and activated carbon. They learned that the secret to using activated carbon is that it has an incredibly large surface area, onto which contaminants are attracted via electrical charge. Students test filtered VERY dirty water, with surprisingly successful results!

They then converted their filtration straw into water purification bottles, using the baster bulb as a mouthpiece gasket. 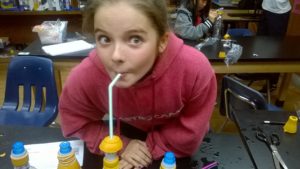 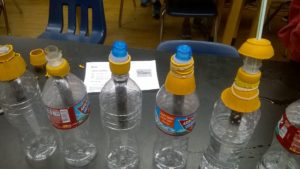 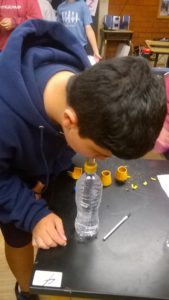 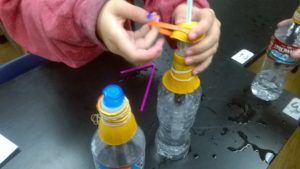 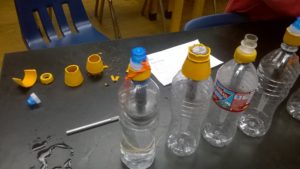 Middle School Students then saw the need to wear their water purification systems on their bodies, and so a design exercise was undertaken, to identify a wide range of body worn drinking systems - using the Camel Bak system as a competitive product. 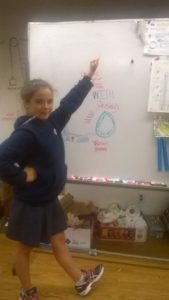 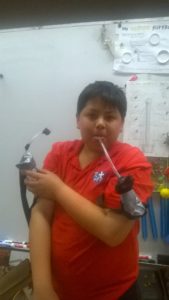 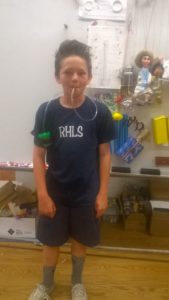 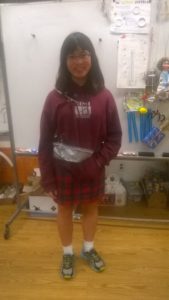 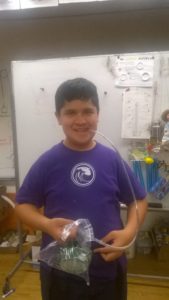 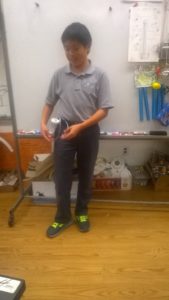 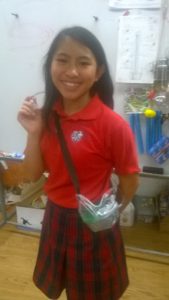 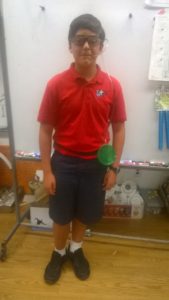 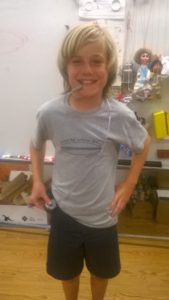